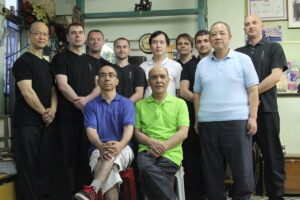 Was born in 1952 in Hong Kong, China. When he was young he attended a school to become an accountant and worked in several factories. Starting to the bottom up, Benny Chung was able to achieve important roles in the companies where he stayed until being elected as representative for the workers at the local Union. 20 years later, in 1972, he met Master Lok Yiu and his family. Their friendship and reciprocal support have been lasting all their lives and still stand strong today. 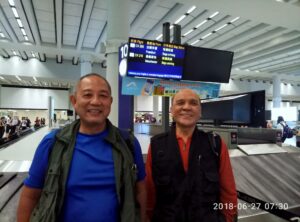 Although not as dedicated to the Wing Chun as his friend, Benny Chung often spent time training with Lok Yiu although the most precious memories are those collected during more private moments, like while chasing girls and having a laugh. Today he’s married and he’s the owner of a very flourishing Taxi Company in Hong Kong. Benny Chung is such an important part of the Lok Yiu family. He enjoys their complete trust. This is why he was nominated the LYWCIMAA Secretary. Speaking perfectly either the Canton or Mandarin Chinese dialects with the uttermost precision, Benny Chung has been an essential part of the ELYWCIMAA since its inception. However, without any shadow of a doubt, one of his most important contributions to Wing Chun has been every time he proved to be the person capable of building cultural bridges between Lok Yiu and the European members of the ELYWCIMAA opening a dialogue otherwise very difficult to maintain. After all, knowing Wing Chun does not mean necessarily understanding it.