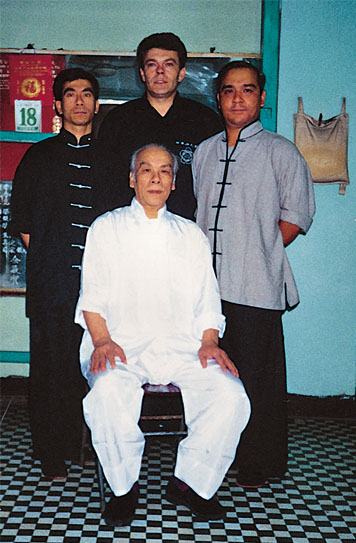 In 1992, Master Lok Yiu commissioned his student Wilhelm Blech to found a European organisation with the aim to make the Lok Yiu Wing Chun teaching available to everyone. The second goal, though, was also to make sure that the technical standards and principle values were also protected and maintained. This is the main reason why the ELYWCIMAA did never consider its activity as a mere business to be pushed trough at any cost. The idea behind the ELYWCIMAA’s mission is to grow schools around Europe at the peace of each instructor development and readiness. To every Sifu, the ELYWCIMAA asks to constantly work and train in order to reach a level of Wing Chun always more specialised; only by owning the Lok Yiu Wing Chun to its core, a Sifu will be capable of transferring his students his knowledge easily and simply. Today the ELYWCIMAA is present in 6 European countries. 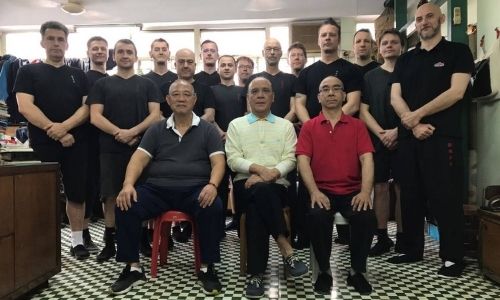 UNITY IS THE BEACON THAT HAS BEEN ENLIGHTENING THE PATH OF EVERY ELYWCIMAA SCHOOL IN EUROPE SINCE 1992 .

In the vast and various world of martial arts, the ELYWCIMAA represents something completely new in Europe. It firmly holds together every school of Wing Chun that is born and will grow under the umbrella of the Lok Yiu family whose members mission is to bring to everyone’s attention what is considered, rightly so, to be the most traditional and original Wing Chun, in all its purity of forms and simplicity of style. In fact, the organization is the European descendent of the Chinese LYWCIMAA, the Lok Yiu Wing Chun International Martial Art Association. Its former president and founder was Wilhelm Blech who can be still considered the European representative of Master Lok Yiu.

Promoting the knowledge and practice of the Wing Chun as taught, in person, by the Great Master Yip Man to his disciple Lok Yiu.

Reinforcing the relationship among all European trainees and instructors by creating a strong unity of ideals within an original kung fu style.

The ELYWCIMAA is a no-profit organization dedicated to the diffusion of the Wing Chun in Europe as taught by Master Lok Yiu and his Grand Master Yip Man. After the passing of its co-founder and President, Wilhelm Blech, the ELYWCIMAA has been put under the guidance of a Board of 10 Directors. They are all Lok Yiu Wing Chun instructors and belonged to the former 1° line students who were trained directly by Wilhelm Blech himself. The Sifus who are part of the BOD, have been all presented to the Lok Yiu family and regularly fly to Hong Kong to a week of reunion, planning the upcoming year and most of all do very intense training sessions with Master Lok Yiu’s sons: Lok Kwen Kwong and Lok Kwen Sang.

Following the same tradition that makes the Lok Yiu Wing Chun what it is now, students who pass the exams to become Lok Yiu instructors are the only ones entitled to open a school with the Lok Yiu’s name. The history of Wing Chun has been built on the closed relationship between the Sifus (teachers) who were family fathers and the Todais (students) who were their sons and daughters. Therefore, the structure of the organization, although it cannot anymore be so strictly applied, relies still upon the same trust, cooperation, connection, and deep respect that can only be built between a father and their children.

This year 2020 is one of the most important ever faced and is going to set up the boundaries and the projections for every future development.

Since February this year, the ELYWCIMAA has put a substantial amount of investment into the development of its brand and of its network of schools. The long term aspirations of reaching at least 1 school in every European country will require a generational effort and contribution. The ELYWCIMAA encourages the growth of new instructors’ schools anywhere in Europe as long as they maintain the important legacy received and they have their Sifu approval and support.
In order to practically support what will inevitably be an important choice of life and career for the new instructors, the ELYWCIMAA has also decided to start a program aimed to financially aid the setting up of their schools.

As long as the projects will be programmed and scheduled, new updates will be published.
The network of European schools that are part of the ELYWCIMAA receives from the organization every support in terms of: